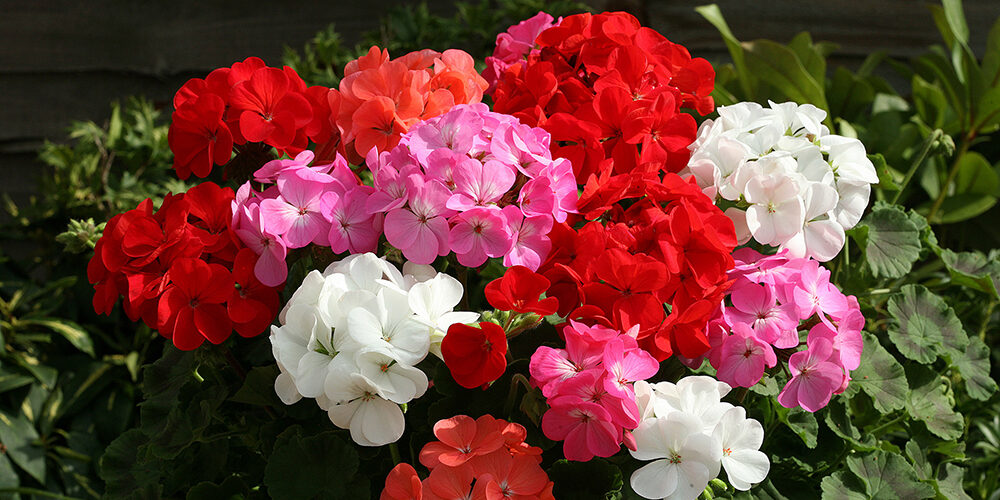 Geraniums are a longtime favorite of gardeners. They are easy to grow, colorful, and emit a lovely scent. Here’s how to grow geraniums in your home and garden!

Although they may be kept outdoors during the warmer part of the year, geraniums are typically kept indoors to overwinter. Alternatively, if provided with enough light, they can bloom indoors all year long.

Geranium or Pelargonium? A Case of Mistaken Identity

The plants that we commonly call geraniums were introduced in Europe by Dutch traders who brought them from South Africa in the early 18th century. Because these new plants resembled the hardy wild geraniums already growing in Europe, botanists mistakenly grouped them together into the same genus.

In 1753, Swedish botanist Carl Linnaeus classified them under the genus Geranium. When it was later discovered that these new “geraniums” differed from European geraniums in the shape of their petals, the number of stamens, and other factors, they were reclassified under Pelargonium, meaning “stork’s bill”—a reference to the long, sharply pointed shape of their seedpod.

Their original common name stuck, however, and we still say “geranium” when we actually mean “pelargonium.”

The only thing more difficult than getting the new growth to appear is keeping it. And here’s some help with that:

Common problems can be low light or too much or too little water. The leaves will turn yellow as an indication you are watering too little or too much. In this case, try to even the watering out and move the geraniums to a brighter place.

How to root stem cuttings

Most geraniums root easily from stem cuttings in soil, coarse sand, water, perlite, or other rooting material—but nothing with fertilizer.