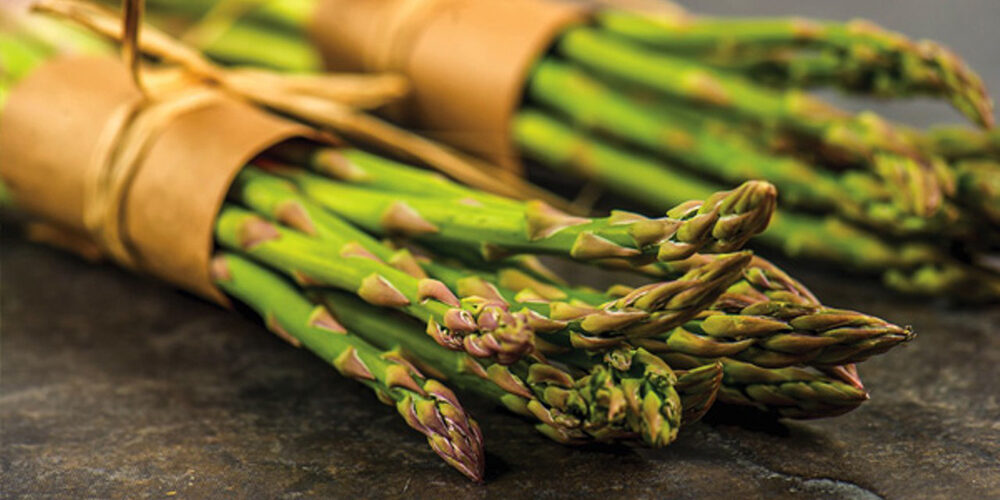 Asparagus is one of the first plants that greets us in springtime! It’s a perennial, which means that once it gets established, the tender spears will return year after year. Here’s how to grow asparagus—from planting through harvest.

Thriving in areas with cool winters, asparagus is usually grown from 1-year-old plants or “crowns” (bought at a garden center) but it can also be grown from seed. Plant in early spring as soon as the soil can be worked.

Asparagus plants are either male or female. Female plants produce berries; males plants do not expend energy on berries so they can be up to three times more productive than female plants. For this reason, growing male asparagus plants is preferred.

If you are starting asparagus for the first time, we would plant 10 to 20 asparagus plants per person (15 to 30 feet of row).

How long does it take to grow asparagus?

Newly-planted asparagus plants may take 2 to 3 years to truly get started and produce, so patience is needed! But then again, the plant can be productive for 20 years or more, producing ½ pound of spears per foot of row in spring and early summer, so we think it’s definitely worth the wait.

After they’re established, however, asparagus are fairly fast producers, sending up new spears every few days for a few weeks in the spring.

When to plant asparagus

How to plant asparagus

Once you get to this point, you can follow one of two planting methods: the traditional “little-by-little” method or the easier “all-at-once” method.

Once the trenches are dug and the crowns are set out:

How to grow asparagus

If you must move asparagus, transplant the crowns in early spring when they are dormant or late fall before the first fall frost (after foliage is cut back). Dig and lift crowns with a garden fork, being very careful not to disturb the roots. Divide the clump into two or more pieces. Water transplants. Do not harvest heavily in the following year.

How to harvest asparagus

How to store asparagus

Note: Asparagus plants are either male or female. Female plants produce berries; males plants do not expend energy on berries so they are estimated to be up to three times more productive.