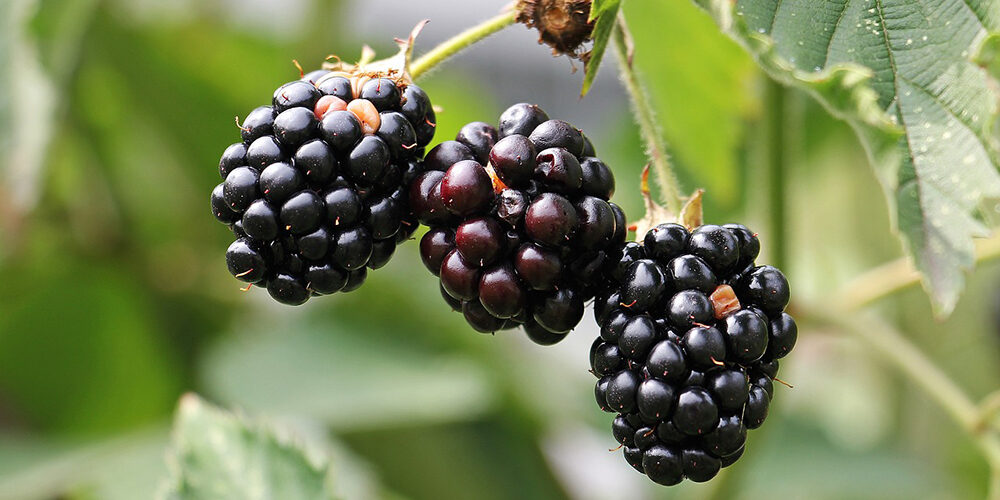 Blackberries, like raspberries, are a very easy berry to grow. Once this native berry is ripe, get ready for an abundant harvest, picking every couple of days! Here’s how to grow and harvest blackberries in your backyard.

Basically, there are three types of blackberries:

Erect blackberries are bushes that support themselves, while the trailing blackberries have long canes that must be trellised for support.

All blackberries are perennials; the roots survive year after year. However, the top of the plant above the soil is what we call biennial. This means that the canes grow vegetatively for a year, bear fruit the next year, and then die. However, every year the plant sends up new canes to replace those that died! For a great fruit harvest and to avoid a messy plant, pruning is important.

When to plant blackberries

Choosing and preparing a planting site

How to plant blackberries

How to care for blackberries

As mentioned above, trailing blackberries need a trellis or support. Explore a two-wire system, running a top wire at five to six feet with a second line 18 inches below the top wire. After the first year, there will be fruiting floricanes along the wires. Train the new primocanes into a narrow row below the fruiting canes. Directing all canes in one direction may make it simpler.

We have provided detailed pruning information below, but do not be scared. The main idea is to simply remove the old canes that already bore fruit and let new ones take their place.

How to harvest blackberries

How to store blackberries

Here are some favorite blackberry varieties to investigate, but be sure to ask about varieties that fit your growing zone.