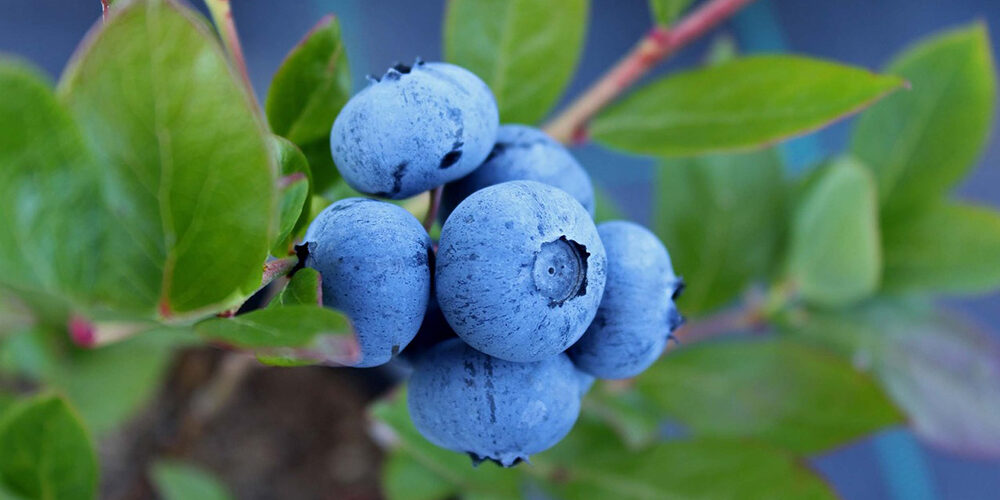 Did you know that the modern blueberry is a 20th-century invention? Before the 1900s, the only way to enjoy these North American natives was to find them in the wild. Then, scientists started to unlock the secrets of cultivating blueberries—and we’re glad they did! Here’s how to grow blueberries in your garden.

Plump, juicy blueberries are now easy to grow in your backyard on bushes that are resistant to most pests and diseases, and can produce for up to 20 years. A relative of rhododendron and azalea, blueberry bushes aren’t just a great fruiting plant but also an attractive addition to your overall landscape, offering scarlet fall foliage and creamy-white, bell-shaped spring flowers.

There are four types of blueberries: highbush, lowbush, hybrid half-high and rabbiteye. The most commonly planted blueberry is the highbush. Most blueberry breeding has focused on this species, so there are many varieties that range widely in cold hardiness and fruit season, size, and flavor.

When to plant blueberry bushes

How to plant blueberry bushes

Can you grow blueberries in a container?

Yes! In fact, blueberries grown in containers are easier to protect from birds and other critters, more disease resistant, easy to harvest, and easy to move if needed.

Here’s how to do it:

How to take care for blueberry bushes

How to prune blueberry bushes

How to harvest blueberries

Blueberries are partially self-fertile, so you will harvest more and larger berries by planting two or more varieties together. Planting more than one variety can also extend the harvest season.

Lowbush (Vaccinium angustifolium): For the coldest climates, lowbush varieties are your best bet, hardy from Zone 3 to Zone 7.

Half-High: Breeders have combined qualities of highbush and lowbush blueberries into hybrids known as half-high blueberries.