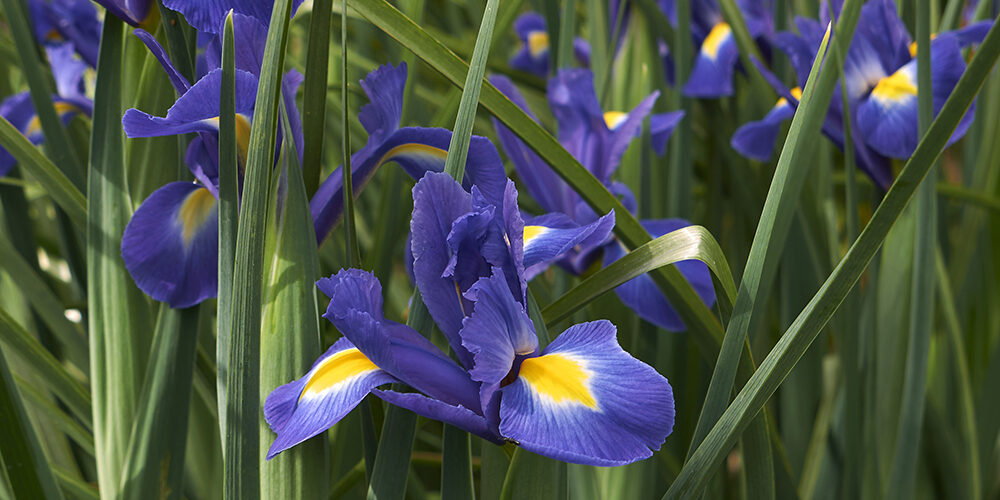 The tall, beautiful iris, named after the Greek goddess who rode rainbows, comes in many magical colors. Despite its divine origins, this June bloomer is rugged, reliable, and easy to grow. Learn all about planting, growing, and caring for iris flowers.

There are some 300 species in the genus Iris. The most familiar irises are the tall (at least 28 inches) bearded irises (Iris germanica).

Irises may be a “bearded” type or crested (beardless). Bearded iris are so-called because they have soft hairs along the center of the falls. In crested iris, the hairs form a comb or ridge.

Irises attract butterflies and hummingbirds, and make lovely cut flowers. For iris companions in the garden, look to roses, peonies, and lilies.

When to plant Irises

Choosing and preparing a planting site

How to plant Irises

How to grow Irises

Over time, it’s not unusual for plantings of iris to become overcrowded, which causes the rhizomes to lose vitality and stop blooming. When this happens (usually every 2 to 5 years), it’s time to divide and replant healthy rhizomes in fresh soil.

When to divide? Do this task after flowering finishes and then trim the foliage back to six inches.