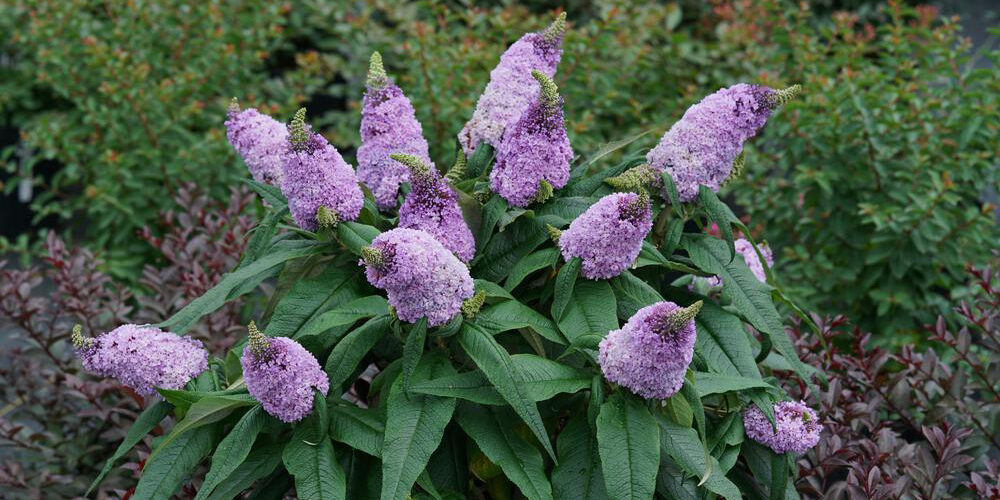 The butterfly bush (Buddleia davidii) is a beautiful, fast-growing, deciduous shrub with masses of blossoms long, spiked trusses that bloom from summer to autumn.

Its flowers come in many colors, though butterflies seem to prefer the lavender-pink (mauve) of the species to the white and dark purple cultivars.

Also called “summer lilacs,” butterfly bushes are hardy to Zone 5 and remain evergreen from Zone 8 south. The shrub is low-maintenance, only requiring dead-heading and annual pruning in later winter to encourage flowers and a compact shape.

Please note that the butterfly bush, originally imported from China, has been classified as an invasive species in most U.S. regions. In other words, the butterfly bush is known to crowd out native plants that are essential to wildlife, including butterflies and birds. In warm climates, it can become a noxious weed and spread aggressively, while in cooler climates, it mostly stays contained within a garden’s cultivated soil if gardeners deadhead the flowers.

If you would still like to put a butterfly bush in your garden, there are a few species of non-invasive butterfly bushes native to the southwestern US.

How to plant butterfly bushes

How to care butterfly bushes

We are no longer recommending new plantings of the butterfly bush, given its categorization as an invasive in most of North America. Instead, we recommend using plants that better support the native landscape and food web, given our declining pollinator population.